Flippin' typical.
You wait ages for a considerably lacklustre, shoddily organised, poorly attended 0282-related event to arrive, then three turn up all at once. Rejoice, etc....
Firstly, there's this here book 'everybody' has been hotly anticipating regarding Peter Noble's ubiquitous presence throughout space and time (hence the title). Extremely limited in general appeal even by our wilfully esoteric standards. To help 'celebrate' this momentous occasion a small selection of original artwork used in said book will be available for sale should anyone be inebriated enough to consider such a foolhardy purchase. 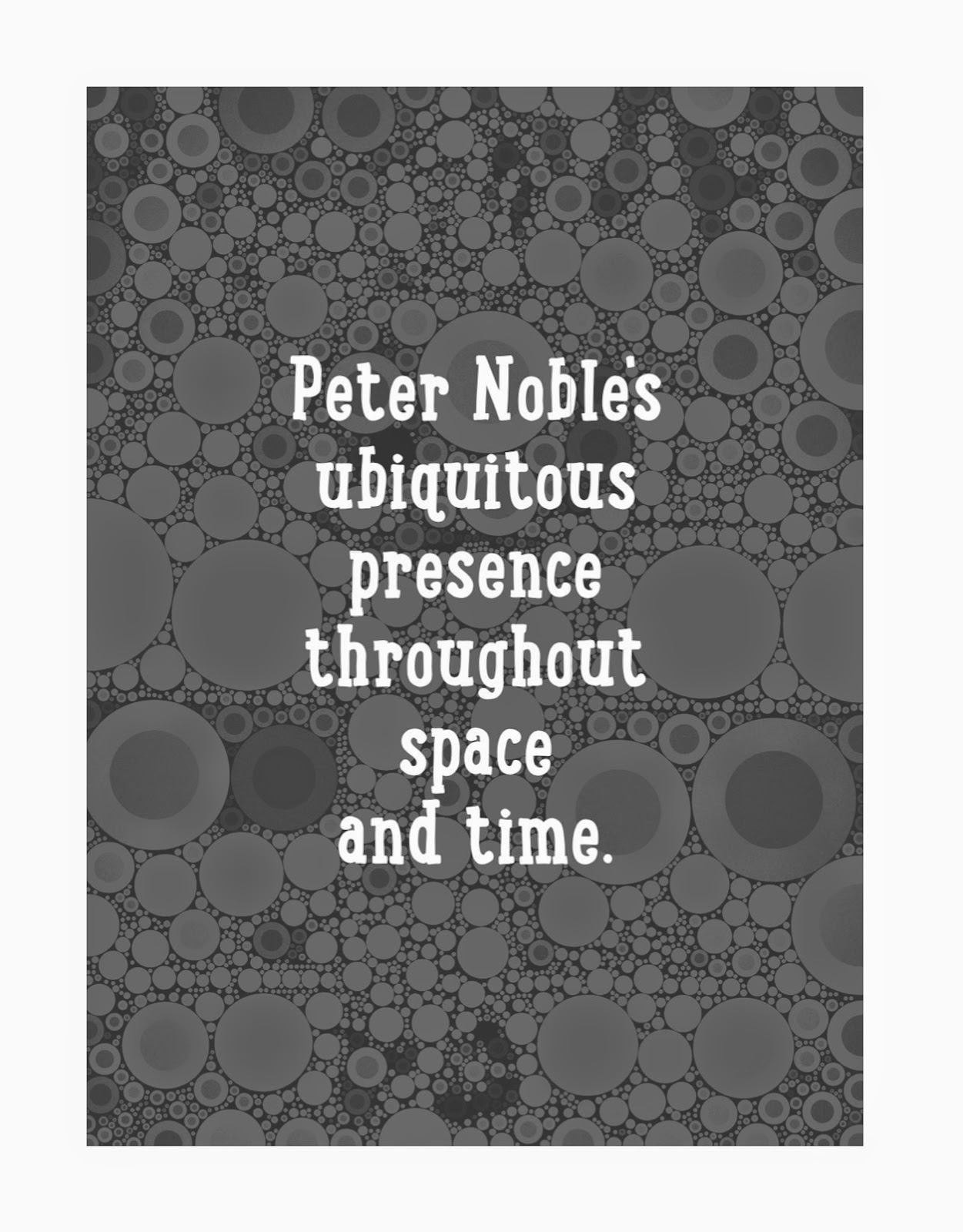 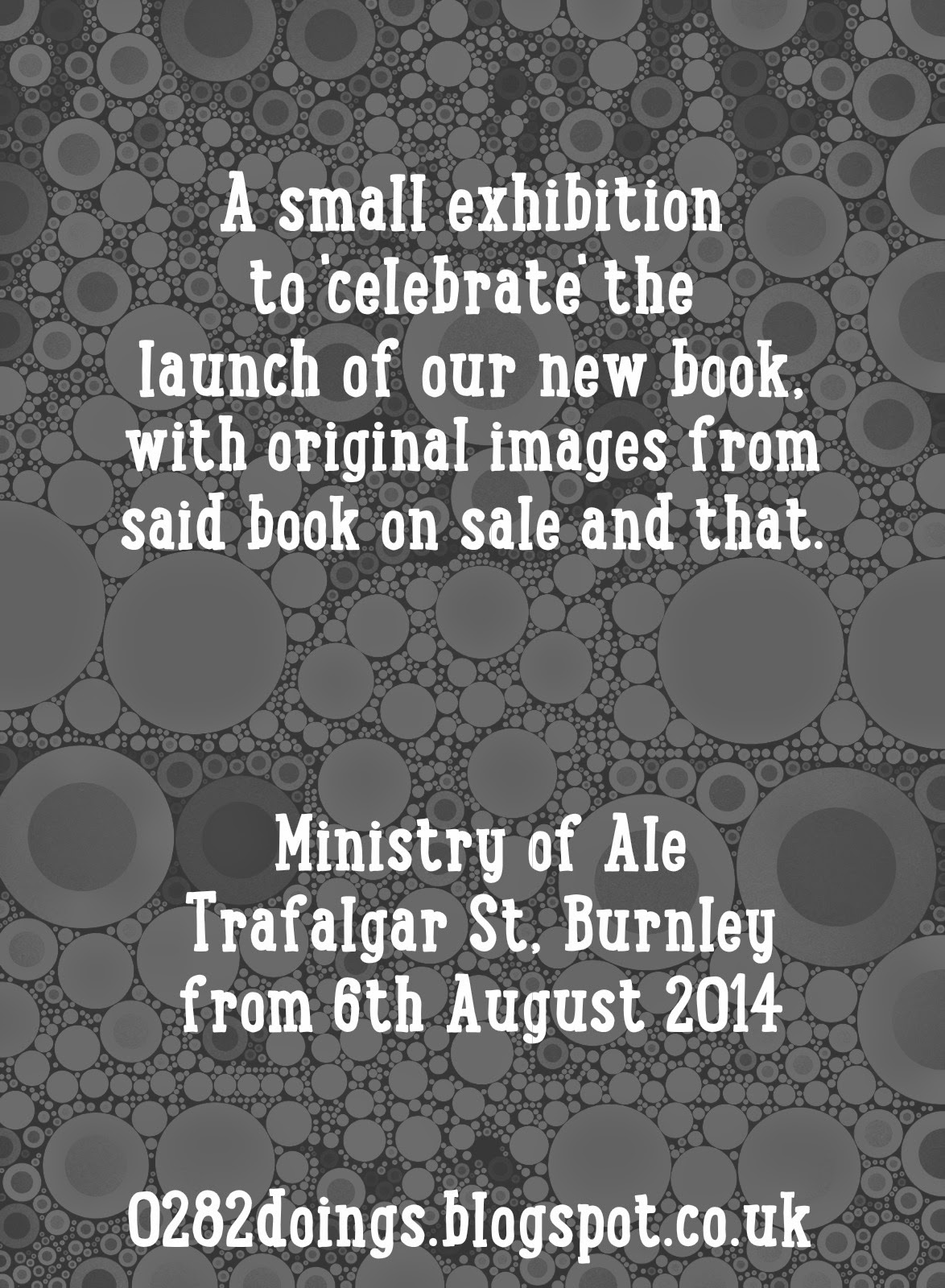 Then there's the inaugural '0282 Coin-Ops League' session, offering folk the opportunity to back-up all this "I clocked Kung-Fu Master in Mr Pool" // "I clocked Trojan in Wonderland" // "I clocked Side-Arms in El Greco" // "I clocked Renegade in Goodwill Taxis" etc etc NONSENSE that's been perpetuated down the years by various parties. Come one, come all. Put up or shut up.

And if the thought of all that doesn't make you delirious with anticipation, we also herald the return of 'Million Mouths' after a hiatus of several years. Hence all proceedings will be soundtracked by 'Musics Post-75' by various selectors.

A brief explanation of our new book...

As teenagers, we first encountered Peter Noble on Burnley market circa 1985 while trying to locate Nike windcheaters. It goes without saying how he subsequently became an integral part of our lives.

There were other local places to buy clobber of course, though all had their own pitfalls;

-- Roy Marlor didn't really want us there although they were happy to take our birthday money in return for over-priced Lacoste polo shirts.

-- Malcolm Yardley was over-zealous in his attempts to sell us over-elaborate tracksuits.

-- There was always too much Hi-Tec gear in Cocker's. Well too much.

-- Sportak could never really get their heads round what we wanted hiking boots and Luhta ski jackets for when we spent most of our time in Wonderland.

-- Even Jolly Garments, located up Queensgate out of the way, flush with their altruistic approach at letting us splurge our entire school uniform grants on Pringle knitwear and sandy Farahs in order to unwittingly dress like Kenny Lynch, didn't tick all our boxes.

Enter Peter. No qualms at letting you try Samba on even if he knew you were skint, while generously regaling you with his countless tales regarding everyone and everything.
He had time for us, that was the thing really. It meant a lot then. It still does. 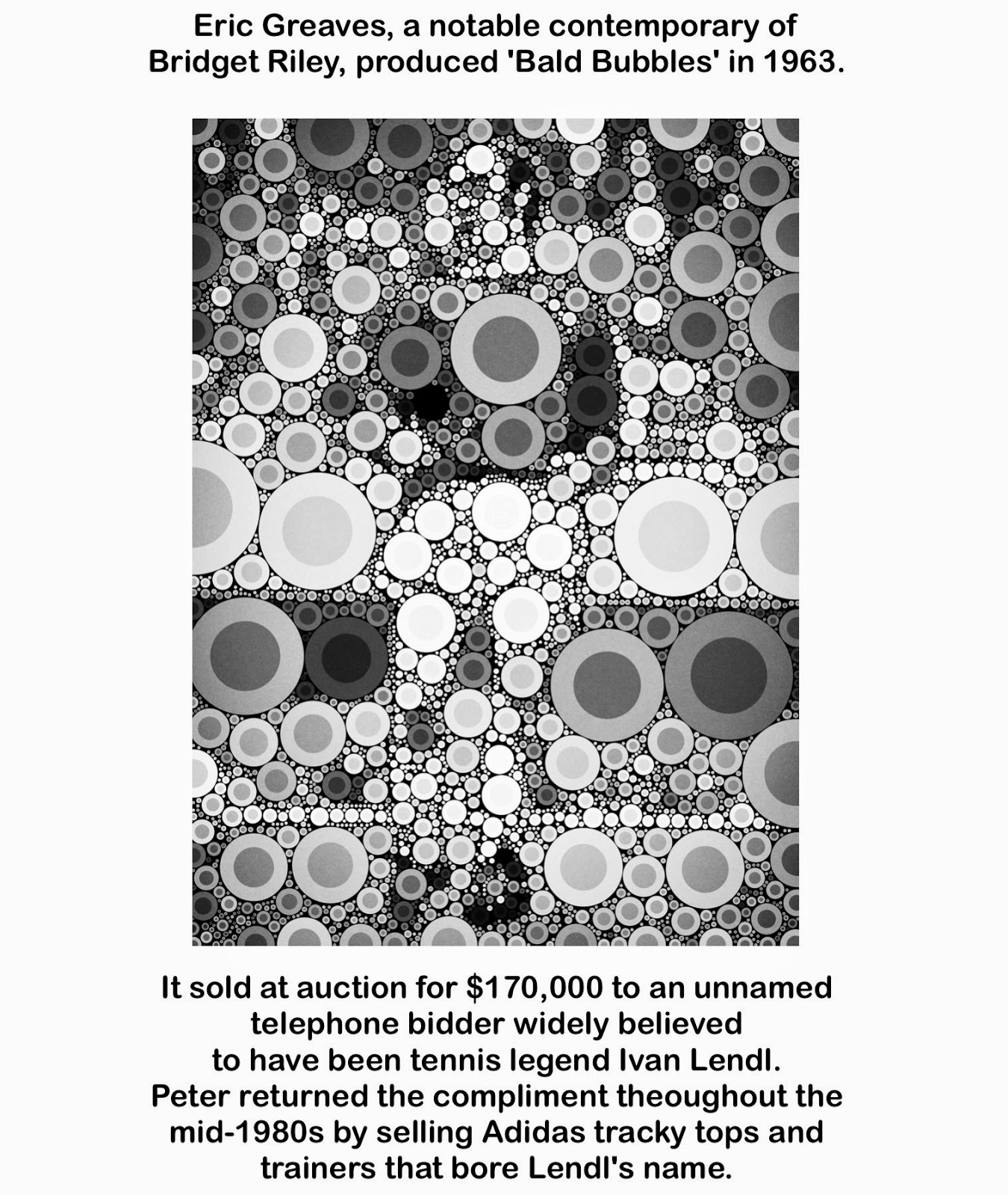 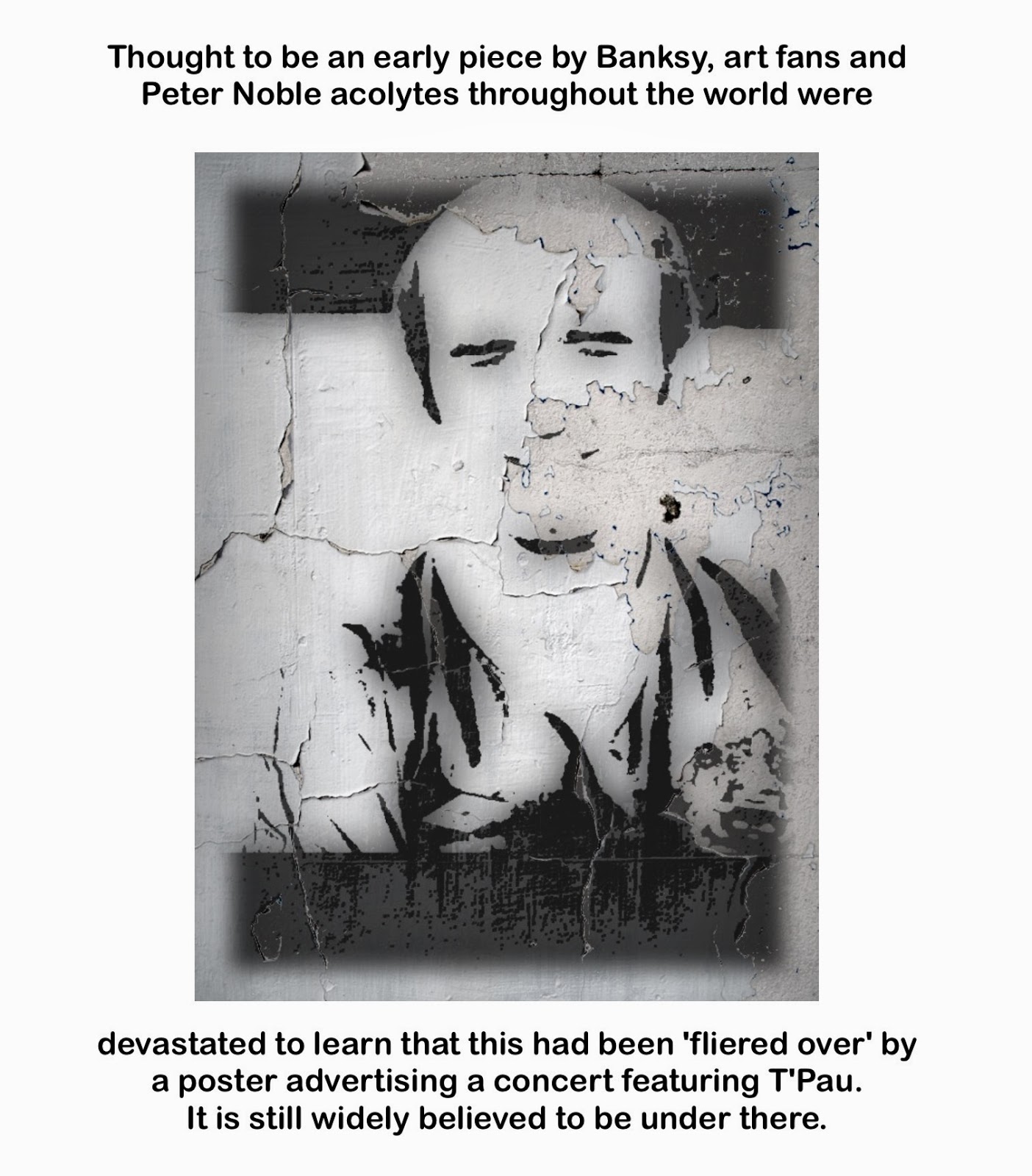 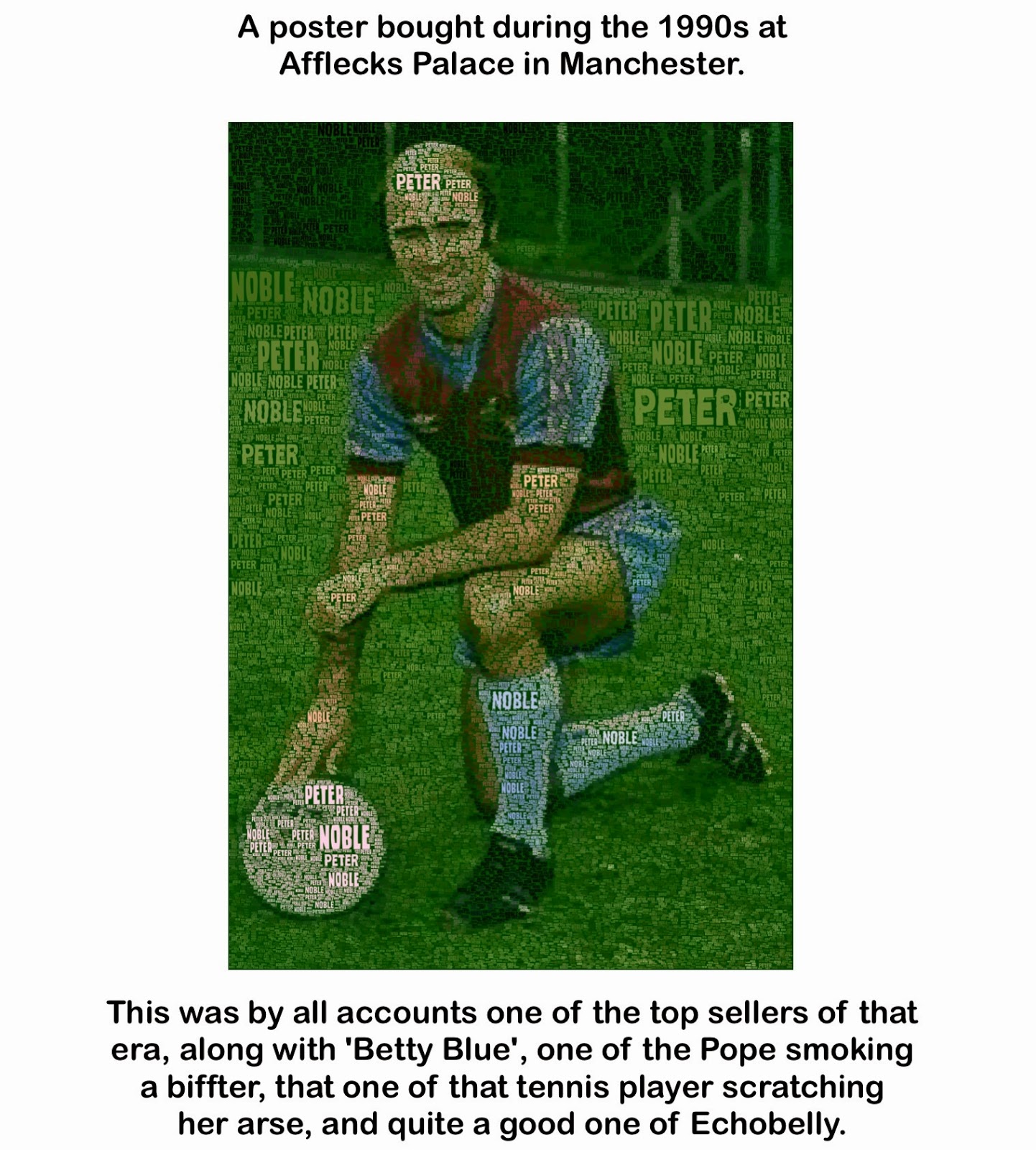